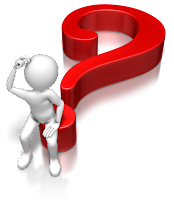 For our first strategy, and this was and remains our first choice, we knew we could achieve our goals within the district, but the district would have to formally make changes and just as important the teacher's union would have to make changes to their operations.  This model became petition #1.  And it calls for the district to give certain powers to Desert Trails Kids First and for the union to enter into an agreement with the district that waives certain provisions of the teachers' union contract like the ones that would control who taught at Desert Trails and allow time for things like professional development.  The problem was that even with the Parent Trigger Law we knew that we could not just force the district and teachers' union to make these changes.  They have to come voluntarily.

Second, we knew that the freedom that we were looking for could be achieved by a charter passed.  But we had rejected bringing in a charter.  Our community has been burdened by outside charters before and we had never wanted to bring someone in to run our school.  Our answer after a lot of thought was to use certain charter provisions of the Parent Trigger Law to propose our own community school.  One that was run by parents and the best education talent we could find.  This outcome would be required if we failed to work out a satisfactory solution with the district and the district with the union.  This is plan B petition # 2.


This group of parents would do anything rather than bring in an outside charter operator.  What they chose to do, and I will explain in just a second why, was take the step of deciding to form a school using California charter law that they call a community school.  I know it doesn't exist in law per se - right? - but they call it a community school, formed out of California charter law with a majority parent control, bringing in the best people they can get to make it work.

... I will tell you quite frankly, and again this is probably more kind of cutting edge law than anybody here wants to hear, but it is a serious question as to whether or not the implementation of the Turn Around or Transformation option or Alternative Governance for that matter under the Parent Trigger law would be able to have an impact on the collective bargaining agreements if the union didn't want it.  The charter option on the other hand is somewhat more robust in that regard.

Note: The views posted on my blog are my own and should not be confused as statements from the Adelanto School Board.


The Parent Trigger Law is a 2010 California law that has been adopted by several other states, but has not yet been successfully implemented anywhere.  It's a failed law.  The purpose of the law is to empower parents whose children make up 50% of a school, through a petition, the authority to force a district to impose one out five Race To The Top intervention models on their failing school.

The problem with this law is that it not energized by grass roots support and has not been successfully implemented anywhere.  It needs the support and organization of the nonprofit Parent Revolution.  In the meanwhile, the Test Opt Out movement, a real parent rebellion, is beginning to sweep the nation with no need for such support to catch on as a movement.

The Desert Trails Parent Union submitted a Restart petition to allow itself the option of choosing the newly created Desert Trails Kids First organization to manage the independent charter school restart of Desert Trails Elementary School.  Very little is known about the Desert Trails Kids First organization.  Parent Revolution provided the strategy, technical support, and a few staff members for this petition.  It then became the role of the school district to verify the signatures of the petition.  Signatures that could not be verified as legitimate for various reasons or were rescinded by parents who felt they were misled or confused were not counted.

I believe that Parent Revolution's two petition strategy is the center of this controversy.  Yes, Parent Revolution had parents sign two different petitions at the same time.  Desert Trails Parent Union submitted the least popular 2nd petition to the district.  Former State Senator Gloria Romero initially took the position that it was a dubious strategic choice that was bound to confuse parents.  She then later called it smart and strategic.  She also initially stated that parents should be given one chance to revoke their signature within a specified time limit if they believe they were misled into signing the petition.

Is Parent Revolution's two petition strategy confusing or misleading?  I haven't decided yet.  Perhaps I am too confused to understand that parents may have been misled.  Parent Revolution parents have consistently stated that they do not want a charter school.  Parent Revolution confirms this.  Yet they submitted the one petition out of the two signed petitions that called for converting Desert Trails Elementary School into a charter.

The two petition strategy has been called by the same person as a dubious strategic choice that is bound to confuse parents and also smart.  Can the difference be reconciled?

This is how it was explained to me by Melody Medrano and Patrick DeTemple.  Parents at Desert Trails Elementary School were unhappy and frustrated by the lack of progress at that school. They contacted Parent Revolution to learn more about the Parent Trigger Law.  I happen to know that it was Lisa Marie Garcia's idea.  She is a former board member of the Adelanto School District.

The parents did not want a charter school, but they wanted to be able to hire and fire the principal.  They also wanted the principal to be able to hire, fire, assign teachers and make other decisions without union contract restraints.   Parent Revolution helped them get organized.  They formed the Desert Trails Parent Union and created the Desert Trails Kids First organization.  And they devised a two petition strategy.

Parent Revolution and Desert Trails Parent Union asked parents to sign two different petitions at the same time.  Petition #1 is said to be their first choice.  I have never actually seen it.  This petition has been described much like the Alternative Governance intervention model in which major restructuring of the school's governance is made.   This is what the Desert Trails Parent Union said they were negotiating for.  Parent Revolution and the Parent Union, however, never believed that this petition could force the district to give them the power they wanted.  Petition #2, a Restart intervention model calling for a charter school operated by Desert Trails Kids First, however could give them the power they wanted.  Instead of calling it a charter school - they are calling it a community school.  It has been described as their backup plan.

The submission of petition #2 was aligned with the timeline needed to get a charter school approved.

I am confident that each petition was individually explained carefully to the parents that signed them.  I'm not sure, however, how the rationale for signing the two different petitions at the same time was explained.  Were the parents told that Parent Revolution and the Parent Union were not confident that the popular first petition was going to accomplish their goals and so they needed the charter school option?  Or were they told that the unpopular charter school option was needed to force the district to negotiate the first petition?  There is a huge difference in rationale between the two explanations.

The first explanation implies that Parent Revolution and Desert Trails Parent Union will make an attempt, up until the timeline for getting a charter school approved, to negotiate for the first petition, but they were going to submit the more "robust" 2nd petition.

The second explanation implies that Parent Revolution and the Parent Union were going to fight for the first choice petition of changing the governance of the school and will hold the charter school petition as a threat to force the district to negotiate.  If that is the case, then they really only needed one petition at the ready to make the district negotiate.  But I forget, they had no confidence that the first petition could force the district to give them what they wanted.  So they really needed two petitions, right?

I am now also wondering if the parents would have just signed the charter school petition option alone without the possibility of the more popular Alternative Governance option.

It is little wonder that parents wanted to take back their signatures. I believe a reasonable person can understand that a scenario has been created in which a parent can legitimately state that the signature process for two different petitions and the submission of the least favored charter petition was either confusing or misleading.  They should be allowed to rescind their signature.

What is your opinion?  Was Parent Revolution's two petition strategy confusing or misleading?
...
Please join me in my reflections on 21st century learning.  I want to read your comments and opinions.  I will do my best to answer questions.