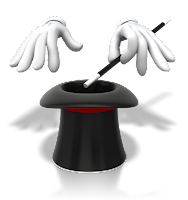 This group of parents would do anything rather than bring in an outside charter operator.

But we had rejected bringing in a charter.

I've just received phone calls from reporters asking for a reaction to Judge Malone's decision to not allow rescissions in the Adelanto Desert Trails Parent Trigger Law petition.  The petition was rejected by the Adelanto School Board for not having enough valid signatures due to a significant number of parents taking back their signatures.  According to what I have been told - parents will not be allowed to take back their signatures, the petition is valid, and the Parent Trigger leaders will be allowed to solicit bids to convert Desert Trails into a charter school.

The Board of Trustees has not met to receive a briefing on the decision yet.

Personally, I am not concerned about converting Desert Trails into a charter school as long as the board has a say with community input on what that charter school will be.  I am, however, gravely concerned about Parent Revolution's two petition strategy to push their agenda through. For that reason I would recommend that the decision be appealed. I do not believe that the two petition strategy should be acceptable nor allowed to be used again anywhere. Read my posts in May and April  http://educatormusing.blogspot.com/

The controversy centers on parents taking back their signatures because they felt misled or were confused by the process of signature gathering.  Parent Revolution, the nonprofit organization backing the parent trigger petition, had parents sign two different petitions and submitted the least favored one to the board.  Petition #1 was for structural changes in the school organization.  Parent Trigger leaders, however, stated that they knew it would not give them what they wanted.  Petition #2 was for charter school conversion.  Parent Trigger leaders stated that this petition would give them what they wanted, but knew that parents were opposed to charter school conversion.  Seems to me that the two petition strategy was predisposed to submitting petition #2.  Parent Revolution refers to the two petition approach as strategy to get the district to negotiate.  I'm calling it bait and switch.  State Senator Gloria Romero, author of the Parent Trigger Law, initially called their two petition approach a dubious strategic choice.  You only need one petition at the ready to threaten a district to negotiate under the parent trigger law - not two.  How does having parents signing two different petitions and submitting the least favorite choice a strategy to convince districts to negotiate?  I'm in favor of parent empowerment and that argument sounds dubious to me too.  I believe the judge's decision should be appealed.

Posted by Educator Musing at 11:41 AM No comments: