Op-Ed proposal the L.A. Times would not print 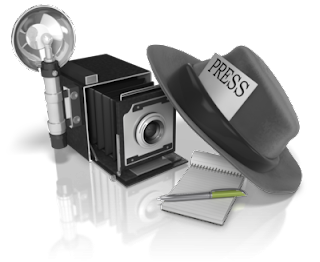 The following is an OP-Ed proposal the L.A. Times would not print.

There is no such thing as a free lunch.  That is one of the first lessons I teach my students in economics.  I realize the statement identifies me as a teacher and to some that is somehow tantamount to confessing that I am a villain. That is unfair because I love teaching.  I am also the Board President of the Adelanto School District– the first district (albeit by court order) to accept a Parent-Trigger petition.  This article is to clear some of the misperceptions surrounding that event.  And that brings me back to the lack of free lunches.

A true story illustrates this point.  A few years back, I was in line at a gas station store for a cup of coffee.  Ahead of me was man in a hurry and not in the best of moods.  He paid for his coffee, but did not grab the complimentary newspaper that went with it.  The attendant called out to him. “Hey, you forgot your free newspaper!” The man turned around.  “Can anyone walk in here and grab a newspaper,” he asked.  The answer was no. You had to buy a cup of coffee first.   “Then it’s not free,” he concluded.

Another true story that illustrates this point is Parent Revolution’s involvement in the Desert Trails’ Parent-Trigger petition.  Parent Revolution is the corporation behind the Parent Trigger law.  Their expert advice and related professional services may be called “Pro Bono”, but it is not free.  They have an agenda that must be satisfied.

The Parent-Trigger Law allows parents of underperforming schools to circulate a petition that will force the implementation of one out of several federal school interventions.  Restarting a school as a charter is one of the options.  The parents of Desert Trails Elementary School have said from the start that they did not want a charter.  They wanted reforms.  Parent Revolution, however, devised a two-petition strategy that had parents sign two different petitions.  The first petition was described as wanting reforms that included changes to the teacher collective bargaining agreement, curriculum, and professional development.  Absolutely nothing that is not up for negotiation or review periodically anyway.  The second petition was for a charter.  The purpose of the second petition was to strategically intimidate the district into taking the first petition seriously.  At least that is how it was described. Interestingly, it was the second petition for a charter that was actually submitted.

Many parents representing almost 100 students wanted to take back their signatures.  They did not want a charter.  They felt misled or confused by the signature gathering process.  The school board honored the requests of these parents and did not include them in the petition count.  This brought the number of signatures below the required amount to make the petition valid.  Parent Revolution backed the lawsuit against the district that had this decision reversed.  The judge in this case ruled that the school board was prohibited from allowing parents to change their minds.

In the meanwhile, the district had been working with the community to bring reforms to the school.  The reforms include adding instructional minutes to the school day, a new curriculum, staff development, an infusion of technology, a memorandum of understanding with the teacher union, signed pledges by teachers to support these reforms, a school site coach to support the reforms, an elected council to oversee the reforms, and of course, an excellent principal to make it happen.  In short, what the parents wanted.

The school board complied with the judge’s order and accepted the petition. The board also concluded that it was not possible to implement a charter for this school year.  The board, as allowed under the Parent-Trigger law, chose another intervention that supported the reforms instead.  A charter school option for next school year as sought by Parent Revolution would undermine the efforts of improving the school THIS YEAR.  Parent Revolution backed another lawsuit against the district anyway.

Posted by Educator Musing at 4:58 AM No comments: 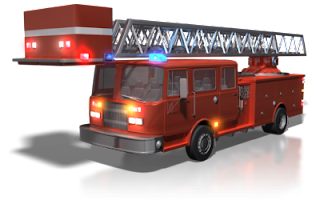 David Phelps, National Communications Director of Parent Revolution, in a Parent Revolution blog post stated that opponents resort to personal attacks, half-truths and conspiracy theories to defend the status quo.   Really?!  The above quotes are just samplings that prove my contention that the parents of Desert Trails Elementary School in Adelanto - did not want a charter.  EVERY parent from both sides of the issue that spoke to the Board stated that they did not want a charter.  Parent Revolution, however, devised a two petition strategy that had parents sign two different petitions.  One petition was described as implementing reforms – the one that initiated the Parent Trigger discussion.  The other, as strategy, was for a charter.  This petition was meant to intimidate the Board to take the first petition seriously.  But it was the petition for a charter school that was actually submitted to the Board.  Parents representing almost 100 students then wanted to remove their signatures from that petition because they felt misled or was confused by the process.  The Board honored their requests and the number of signatures fell below the required amount needed for the petition to be valid.  Parent Revolution backed a lawsuit against the school district because of that. The judge ruled that the district was prohibited from allowing parents to revoke their signatures. This is not a personal attack, half-truth, or a conspiracy theory.  It’s what happened.

1. The School Board rejected the parents’ earlier proposal and ultimately filed suit to deny the parents’ petition.  Complete fabrication!  The School Board did not reject the parents’ proposal.  We were waiting for the petition with those proposals to be submitted so that we can formally discuss it and vote on it.   Was this supposed to be a backdoor deal without public discussion?   Way to go for openness, transparency, and honesty.  BTW, Parent Revolution backed the only suit filed and it was against the district.

2.  There was a campaign of intimidation and harassment targeting Desert Trails parents. That’s a lot of parents to harass and remain sinisterly anonymous. Were there any police reports filed? Or does this accusation rely on a couple of affidavits?  Let’s be honest, there was spirited campaigning on both sides of the issue.  Both sides complained of harassment and intimidation - but a campaign?  That’s conspiracy talk and it came from Parent Revolution.

3.  The rescissions are riddled with fraud and forgery.   There was a rescission that had two copies submitted.  One had the box indicating that the person was misled or confused by the petition checked, and the other did not.  The person swore in an affidavit that they did not check the box.  This rescission was then thrown out – just like the petition signature that was nowhere near to the signature on record.  Forgery? Maybe, but we didn’t accuse the whole petition of being riddled with forgery because of it.  But Parent Revolution created a media circus by calling for the District Attorney to investigate the rescissions for fraud.  They held press conferences and got politicians to make the same call for an investigation. That’s conspiracy talk and it came from Parent Revolution.  BTW, the District Attorney’s office concluded that a crime was not committed.

Mr. Phelps referred to the pro Parent Trigger Wall Street Journal to justify his statements.  The Wall Street Journal is interesting.  The Wall Street Journal managed to take a juicy quote from Board Trustee Wright and still get it wrong.   Mr. Wright made the following statements: “There’s a lot of things I’m willing to do and if I’m found in contempt of court – I brought my own handcuffs – take me away today.  I don’t care any more.” This was prior to a vote in which the Board complied with the judge’s order to accept the petition, but changed the intervention.   What is there to say? Mr. Wright did say that.

The Wall Street Journal, however, stated that Mr. Wright vowed to stand in the schoolhouse door in handcuffs.  He did not.  But it was convenient to the narrative of the story if he had.  So in the article he did.  The writer was trying to tie Mr. Wright’s statement to Orval Faubus, the Arkansas Governor who in 1954 tried to block school integration.  Is that a half-truth? Poetic license?  I think it’s the worse kind of journalism – twisting the facts to fit a narrative.

The Board is not trying to violate anyone’s civil rights.  We honored the requests of parents who felt misled by Parent Revolution.  The Board complied with the Judge's order and accepted the petition. Unfortunately, it was too late to implement a charter for the 2012-13 school year. The Board, allowed under the Parent Trigger law, chose another intervention instead. While parent Revolution and Desert Trails Parent Union was taking resources from students throughout the district with a lawsuit, the community got together and agreed to implement reforms. A charter school for the 2013-14 year would have undermined all of their efforts to turn this school around - THIS YEAR. Is it about the kids or is it about a charter school?

Here's another question. What ever happened to the first petition? You know, the popular and original petition that initiated the Parent Trigger discussion. Why was that never submitted when the charter petition lost the support of parents that did not want a charter? I believe that petition was never submitted and is now probably lost because it did not meet the political goals of Parent Revolution. They would rather use their deep pocket resources to pound a small school district with lawsuits than admit that the majority of the parents do not want a charter.

Let's stop the divisive lawsuits and arguments. Put the issue of charter school or no charter school to the parents of Desert Trails Elementary School with a secret ballot vote monitored by neutral parties. Let's know for sure in a democratic fashion the true will of the parents.