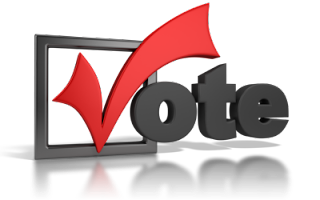 What is parent empowerment?  I hope it is not a powerful corporation (like Parent Revolution) using a law (like Parent-Trigger) and lawsuits to impose their will on a school that is contrary to the parents' original stated goals.  That seems to be the case in Adelanto, California.  If so, then let's simply bring the issue back to the parents in a secret ballot vote.

Parent-Trigger (really called the Parent Empowerment Act), allows parents to submit a petition representing 50% + 1 of a failing school population to a local school board that would force one of several federal interventions on that school.

The Parent-Trigger law has been a divisive issue in our small community.  It didn't have to be.  Parent Revolution could have been honest and have parents sign one Parent-Trigger petition.  Instead they had parents sign two petitions and submitted a charter proposal parents stated that they did not want.  Many parents pushed back at Parent Revolution with almost 100 requests to remove their signatures from the petition because they felt misled or was confused by the process.  The School Board honored their requests.  This caused the Parent-Trigger petition to fall below the required number of signatures.  That is what happened.

Parent Revolution has been spinning the story to make it seem that the Board is anti-parent and not listening to the will of the parents.  Totally untrue.  Every parent on both sides of the issue told the Board that they did not want a charter school.  The Desert Trails Parent Union provided a list of their original objectives (see link below) and it never included converting the school into a charter.

The Adelanto School District has acted in good faith.  In the lawsuit brought against the district, Judge Malone issued a ruling stating that the Board was prohibited from allowing parents to revoke their signatures from the Parent-Trigger petition.  The School District was ordered to accept the petition and the School Board complied with that order. The Board also determined that it could not impose the charter school for the 2012-13 school year.  Instead, as allowed by the Parent-Trigger law, another federal intervention, alternative governance, was chosen.  This intervention is closer to the parents' original requests for reform.

While Parent Revolution and the Desert Trails Parent Union have been robbing district funds from kids with lawsuits, the community has been busy implementing reforms to transform the school to what they originally claimed to want.

1. Establishment of Desert Trails Council that reports directly to the superintendent.

7. Technology infusion in the classrooms

Plus an excellent principal chosen with community involvement.

Compare this with Desert Trails Parent Union's original list of objectives.  It is clear that the parents and students have won!  Parent Revolution, however, is considering backing another lawsuit against the district.

The Desert Trails Parent Union now have a choice.  They can partner with the district through the alternate governance plan and transform the school or they can continue to partner with Parent Revolution to further rob our kids with lawsuits.

I would like to issue a personal challenge (have not discussed this with the Board).  If the issue is about Parent Empowerment, then I  challenge Parent Revolution and the Desert Trails Parent Union to put it up to the parents in a secret ballot vote.  Why waste district funds on a lawsuit?  I contend that the district has complied with the reforms asked for by parents.  I accuse Parent Revolution of making this about what that organization wants and not what the majority of parents want.  Let the parents of Desert Trails Elementary School vote up or down in a secret ballot monitored by neutral parties the issue of a charter school.  I'm not afraid of the results - no matter what it may be.  Can Parent Revolution and the Desert Trails Parent Union say the same? Or are they too invested in a win that true Parent Empowerment has been dropped from their vocabulary?

Posted by Educator Musing at 6:10 AM No comments: 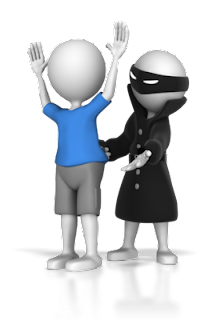 
Parent Revolution backed an expensive lawsuit against the Adelanto School District to impose a charter the parents claim to not want.  Now Gabe Rose of Parent Revolution is consulting with attorneys to do it again.  This small school district may not be able to stand against the big league juggernaut funded by wealthy foundations.

This is so wrong.  While Parent Revolution is robbing needed funds from school kids through lawsuits, the community has gotten together with school improvement reforms that will transform Desert Trails into the school the Desert Trails Parent Union claimed to want.

Parent Trigger is a poorly written experimental law that allows a petition of parents representing 50% plus 1 of a failing school to impose one of several federal interventions on the school.  Parent Revolution is a nonprofit corporation funded by wealthy backers that organizes parents to use this law.  They had parents with children in Desert Trails Elementary School sign two petitions.  The first petition has been described as transforming the school through alternative governance reforms.  The second petition was to impose a charter on the school.  The second petition was submitted to the Adelanto School District.  Many parents felt that they were misled or confused by the process and did not want a charter for their school.  Every parent on both sides of the issue told the School Board that they did not want a charter.  Parents mobilized to rescind their signatures from the petition.  Parent Revolution insisted that rescissions are not allowed.  The Board, however, allowed the parents to remove their names from the petition.  This caused the petition to fall short of the required number of signatures.  Parent Revolution backed an expensive and successful lawsuit against the district.

On July 18th,  Judge Malone of the Superior Court, County of San Bernardino, issued a ruling, in which it was held that the Board was prohibited from allowing parents to revoke signatures from the petition.  He ordered the district to accept the petition.

Yesterday, the Adelanto School District complied with the court order and accepted the petition.  Upon accepting the petition - it is part of the Parent Trigger Law for the School Board to make a final disposition with respect to the petition.  The Board had to decide if the district could implement the petition.  If not, then another intervention can be selected. The School Board concluded that it was impossible to implement a charter on Desert Trails Elementary School for the 2012-13 school year.  It cannot be done.   The Board then chose another intervention model (alternative governance) that can be implemented this school year.

I believe that the alternative governance is closer to what the Desert Trails Parent Union has been claiming to want than a charter school.  They have been stating that they really want reform and not a charter.  The alternative governance reforms will include a community advisory council that will oversee improvements such as an extended school day, new curriculum, more technology, more school progress reports, and a school site improvement coach.  And, as reported by the LA times, teachers will be asked to pledge support for the reforms in commitment letters and those who choose not to sign may move to another school.