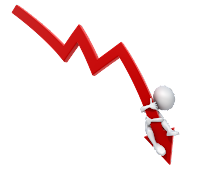 “If midyear budget cuts are realized, AB 114 severely restricts the ability of school districts to deal with them.  … Consequently, midyear cuts, coupled with statutory restrictions on how they may manage them, could drive more districts to financial insolvency.  Ironically, this would result in those districts being "taken over" by the very state that forced their insolvency.”

Assembly Bill 114 in California is another example of why our school system needs to be privatized away from direct government control.  The bill specifically dictates to school districts how their budgets need to be presented, limits their ability to balance their budget, and forces districts to use misleading finance projections.  Micro-management of education from Sacramento and Washington D.C. has created a mess.  There are other alternatives to funding education.
The Public Broadcasting Act of 1967 is an example of how government can and perhaps should fund education.  Through this act, Congress established and funds the Corporation of Public Broadcast (CPB) as a private not-for-profit corporation to facilitate the development of public media.  The Corporation for Public Broadcasting does not produce any programming but instead provides support for independent noncommercial non-profit organizations, such as, the Public Broadcast Service (PBS), National Public Radio (NPR), and independent public television stations.  PBS, NPR, and public television stations then work with private corporations to produce what has been excellent public television programming.
Congress can dissolve the U.S. Department of Education and establish a private not-for-profit corporation to facilitate the development of public education.  The billions of dollars wasted by No Child Left Behind (NCLB) and Race To The Top (RTTT) could have been better spent by an entrepreneurial approach similar to the Public Broadcasting Act of 1967.  This is an idea worth pursuing.  Finding the right mixture of instruction, management, and structure for sustainable funding and accreditation will be a challenge, but our kids are worth it.
Please friend me on Facebook and follow me on Twitter.
Thanks!
This Just In From CSBA: Executive Director Vernon Billy on AB 114
Around the Capitol – AB 114 (Committee on Budget) Education Finance
California School Boards Association - CSBA Budget Update: Analysis of Trailer Bill AB 114
Corporation of Public Broadcasting (CPB) – About CPB
Leginfo.ca.gov – California Assembly Bill 114
Public Broadcasting Act of 1967
Public Broadcasting Act of 1967
Posted by Educator Musing at 10:51 AM