Real Parent Empowerment is a Rebellion 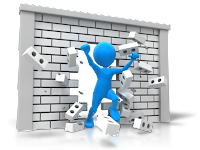 If without medical justification, [your son] is absent from school on any day during the Assessment period, the District will deem this absence as unexcused.  Further, if you keep [your son] home from school during the Assessment period, without medical verification, it is within the District’s discretion to deem these absences as indicia of educational neglect, which would leave the District little choice but to contact Child Protective Services (“CPS”). Pursuant to the New York State Education Department’s 2012 School Administrator’s Manual, a student will receive a final score of “999″ and will be counted as “not tested” if: (1) he is absent from the entire test; (2) he refuses the entire test; (3) he is absent for any session; or (4) he is present for all sessions, but does not respond to even one question on the test. Accordingly, if [your son] engages in any one of these activities, he will receive a final score of 999, he will be counted as not tested, he may receive an unexcused absence, and CPS may have to be called.


In the latest opt out news, Christine Dougherty wanted to opt her son out of state testing.  Her son attends School #2 in Oceanside, New York.  She informed the principal that after watching her son struggle and listening to his concerns they decided to opt him out of this unnecessary testing.  Her son was still required to take the test when he arrived at school.  Also, Thomas Capone, the principal, responded to her decision by threatening to contact Child Protective Services if her son did not participate in state testing.


Really?!  What the heck!  Where are the Pro Bono lawyers to fight for her constitutional parent empowerment rights?  Where are the deep pocket funded astro turf nonprofit organizations to organize civil rights resistance to the tyranny of the state? Where are the liberal or conservative politicians that wax eloquently that they support disenfranchised parents?  They are nowhere because it is not a cause that aligns with their goals.  It doesn't impose their policies on school districts.


We are in an era in which the state and federal governments want to make decisions for us.  This is a bipartisan effort by politicians that can't balance or pass a real budget, or secure our borders, but want to take over the education of our children.  And standardized state testing is a key element in how it is done.


There is a grassroots parent rebellion forming across the country that is demanding real improvement in schools, or parents will opt their students out of state testing.  It has nothing to do with the nonprofit organization called Parent Revolution.  The nonprofit Parent Revolution has had more than two years and several states to properly implement a parent trigger law petition and hasn't succeeded yet.  Their problem - The Parent Trigger Law is not a grassroots movement.  It causes division wherever it goes and winds up initiating a lawsuit instead of reform.


Opting out of state testing, however, is a real parent rebellion.  There are parents in Seattle protesting state budget cuts to education by opting their children from state testing.  The parents reason that the $40 million a year the state spends on testing could be better used in the classroom.


There is an online petition to the New York State Regents to end the reliance on high stakes standardized testing.


There are more than 300 school districts in Texas  that have adopted a resolution saying that standardized tests are "strangling" public schools and asking their State Board of Education to rethink the testing regime.


The rebellion is growing.  More and more parents are considering opting their children out of state testing.  There are more open letters from professionals calling for the end of high stakes testing and the beginning of true education reforms. And there are good reasons for this.


The federal and state use of standardized state testing is hurting - not reforming education for our students.  It is narrowing the curriculum to only what will be on the test - crowding out social studies, science, and the arts.  It is limiting teaching to simple test prep instruction.  Critical thinking is being limited to deciphering the correct answer out of four choices on a fill in the bubble test.  Its only real purpose is to give politicians and influential groups an easy to score leverage to impose their educational policies on schools.


Parents, if you really want to hold your school, district, state, and federal government hostage to your demands for better education - opt your students out of state testing.


Tell Bully Principal How You Feel

The Washington Post – The Answer Sheet
‘A statement of our just grievances’
March 31, 2012

The Miami Herald
Can parents have kids opt out of FCAT?
March 27, 2012

The Washington Post – The Answer Sheet
In Texas, a revolt brews against standardized testing
March 23, 2012

The Washington Post – The Answer Sheet
Why Obama’s NCLB Waivers Aren’t What He says They Are
February 10, 2012

The New York Times
In Texas, a Backlash Against Student Testing
February 04, 2012

Posted by Educator Musing at 5:34 PM

Thank you for bringing authentic parent opposition and resistance out of thr shadows. Please note, there is a developing national legal complaint. If a parent has been threatened or puninished, or the student, they should consider joining the complaint that an ACLU lawyer is incolved in. Information of how to participate is found here:

Is Your Computer Sluggish or Plagued With a Virus? – If So you Need Online Tech Repairs
As a leader in online computer repair, Online Tech Repairs Inc has the experience to deliver professional system optimization and virus removal.Headquartered in Great Neck, New York our certified technicians have been providing online computer repair and virus removal for customers around the world since 2004.
Our three step system is easy to use; and provides you a safe, unobtrusive, and cost effective alternative to your computer service needs. By using state-of-the-art technology our computer experts can diagnose, and repair your computer system through the internet, no matter where you are.
Our technician will guide you through the installation of Online Tech Repair Inc secure software. This software allows your dedicated computer expert to see and operate your computer just as if he was in the room with you. That means you don't have to unplug everything and bring it to our shop, or have a stranger tramping through your home.
From our remote location the Online Tech Repairs.com expert can handle any computer issue you want addressed, like:
• - System Optimization
• - How it works Software Installations or Upgrades
• - How it works Virus Removal
• - How it works Home Network Set-ups
Just to name a few.
If you are unsure of what the problem may be, that is okay. We can run a complete diagnostic on your system and fix the problems we encounter. When we are done our software is removed; leaving you with a safe, secure and properly functioning system. The whole process usually takes less than an hour. You probably couldn't even get your computer to your local repair shop that fast!
Call us now for a FREE COMPUTER DIAGONISTIC using DISCOUNT CODE (otr214430@gmail.com) on +1-914-613-3786 or chat with us on www.onlinetechrepairs.com.

Problem: HP Printer not connecting to my laptop.

I had an issue while connecting my 2 year old HP printer to my brother's laptop that I had borrowed for starting my own business. I used a quick google search to fix the problem but that did not help me.

I then decided to get professional help to solve my problem. After having received many quotations from various companies, i decided to go ahead with Online Tech Repair (www.onlinetechrepairs.com).

Reasons I chose them over the others:
1) They were extremely friendly and patient with me during my initial discussions and responded promptly to my request.
2) Their prices were extremely reasonable.
3) They were ready and willing to walk me through the entire process step by step and were on call with me till i got it fixed.

How did they do it
1) They first asked me to state my problem clearly and asked me a few questions. This was done to detect any physical connectivity issues with the printer.
2) After having answered this, they confirmed that the printer and the laptop were functioning correctly.
3) They then, asked me if they could access my laptop remotely to troubleshoot the problem and fix it. I agreed.
4) One of the tech support executives accessed my laptop and started troubleshooting.
5) I sat back and watched as the tech support executive was navigating my laptop to spot the issue. The issue was fixed.
6) I was told that it was due to an older version of the driver that had been installed.

My Experience
I loved the entire friendly conversation that took place with them. They understood my needs clearly and acted upon the solution immediately. Being a technical noob, i sometimes find it difficult to communicate with tech support teams. It was a very different experience with the guys at Online Tech Repairs. You can check out their website www.onlinetechrepairs.com or call them on 1-914-613-3786.
Would definitely recommend this service to anyone who needs help fixing their computers.
Thanks a ton guys. Great Job....!!